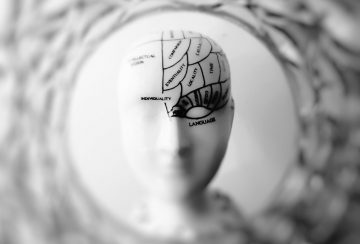 Chemotherapy is one of the most effective treatments for cancer survival. By 2026, it is estimated there will be over 20 million cancer survivors.  This is truly great news.  But with this astounding survival rate, comes a different problem, cognitive impairment due to on-going or long term chemotherapy treatment. Studies indicate between 17% – 75% of cancer survivors experience CICI on a daily basis.

A recent UCLA study released in November, 2018, concluded that cancer patients can experience cognitive decline after chemotherapy and radiation treatments. UCLA researchers surveyed 94 breast cancer survivors ages 36 to 69, all of whom had completed anywhere from three to six years of breast cancer treatments including either or both chemo and radiation.

Cognitive malfunction due to chemo drugs

Dr. Curtis Cripe on experts and specialists dubbed this result as having a chemobrain, with the cognitive loss and decrease in brain functions manifesting after patients underwent chemotherapy. While it has yet to be fully established, it is already noted that chemobrain may be a result in the alterations of the brain due to chemotherapy drugs such as 5-fluorouracil (5-FU). In a study by a team of researchers at the University of Rochester Medical Center (URMC), one of the links that was found is that 5-fluorouracil (5-FU) may be a cause of gradual collapse of stem cells in the central nervous system, which is one of the vital factors in proper cognitive function. There are also other studies that linked at least three other drugs used in chemotherapy that may been added factors in brain injuries in cancer patients.

Since chemo drugs may have been linked to cognitive issues, one having a chemobrain is said to lapse into a gradual decrease in brain functions. Signs of chemobrain may include short-term memory loss, confusion, and other behavioral changes in the patient. Physical signs like nausea, dizziness, and fatigue also manifest. In addition, it is said that there are some who have progressed into the extreme stage of the disorder, and have experienced vision loss, seizures, and dementia after chemotherapy.

However, statistics also reveal that a number of cancer survivors – those who underwent chemotherapy – continue to experience the symptoms even months after treatment has ended and the drugs were already flushed out of their bodies. This seems to support the URMC study, which focused on breast cancer survivors (where chemotherapy is the main treatment method).